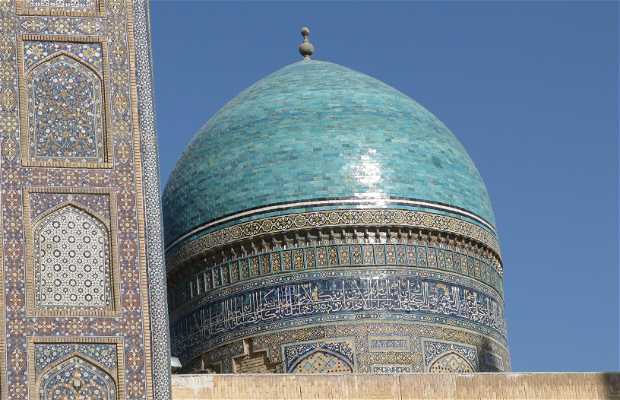 In downtown Bukhara, another point of the Silk Road, this large square contains the Kalon Minaret, Kalon Mosque, and in front of it this Madrasa. The architecture is fascinating, with the combination of clay tiles and bricks, galleries to sit and relax or enjoy afternoon tea in the platforms they use. It is a good environment for study(madrasas are Koranic schools and universities). No longer active, but between its construction in the XVI century and 1920 it was. Stalin reopened it in 1944 as a gesture of exchange to seek the support of Muslims in the war. Its name comes from a Yemeni leader,

“While we try to teach our children all about life, our children teach us what life is all about.” - Angela Schwindt
It is deep into the summer months and we are travelling through Bukhara, Uzbekistan. While travelling the silk road for several weeks, we had been concerning ourselves with Central Asia's rich cultural and material histories. On this day, however, we encountered this a local teenager, just as enticed by this sunset as we were. As the day ended in this ancient town, I was reminded of the everyday occurrences which I take for granted in my home life.