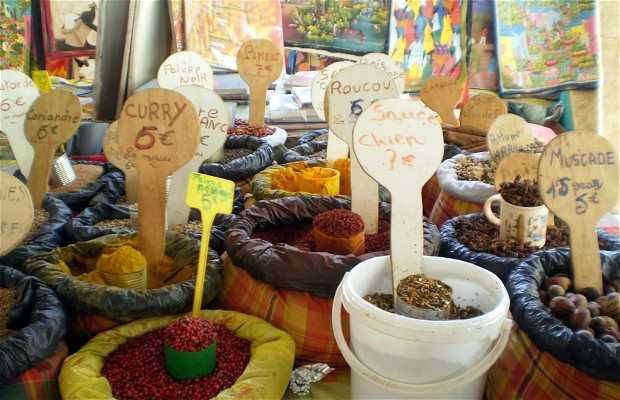 This market is a colourful and quirky place to visit in Pointe-à-Pitre. It is in Place Saint Antoine (on the corner of Peynier and Frebault streets), so it is also known as the San Antonio Market. It opened in 1874, but had to be rebuilt after a fire, so it was rebuilt with a metallic structure, following the example of other Parisian markets from the late 19th century. Guadalupe is known as "Spice Island" and in this market you can find thousands of spices which can be bought in bulk. There are different types from diverse cultures, from vanilla beans or huge sticks of cinnamon to pepper, mustard, nutmeg, curry and saffron.