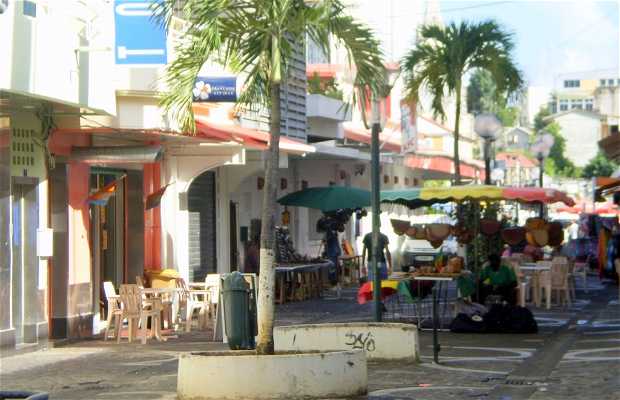 It is one of the busiest streets of Pointe-à-Pitre, which runs between the Rue Schoelcher and the fishing harbor basin (where a market) parallel to the Rue Peynier. It is a pedestrian street just three blocks long, which is named after an illustrious diplomat of the island of Guadeloupe and Nobel Prize for Literature in 1960. The street is full of shops and lively terraces. At the intersection with the Rue de Nozières stands the statue of Vèlol, and also in the street (on the next block) is the John Perse Museum.

+2
Like
Randdy Suzan
Great
See original
Like
Have you been here?
Add your opinion and photos and help other travelers discover