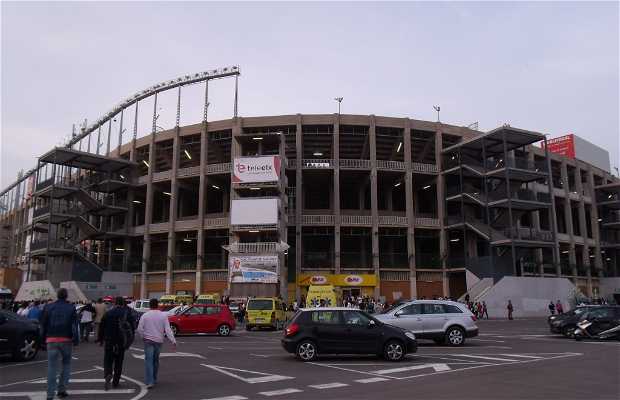 This stadium was built in the 70s and is still today the best in Spain. It has hosted global matches, international friendlies with big clubs and big teams and a few years of the Copa del Rey. The home team is Elche CF, who have only modest success. But still, the team have this year accomplished a full history in the field. It was the third time since the '70s, which generated enough enthusiasm to fill the stadium. The atmosphere is always exceptional, with a phenomenal crowd, who fire the team as if they were champions. It's always a great stadium to visit.

Martínez Valero Stadium was built in the 1970’s and is now considered one of the best second-division stadiums in Spain.