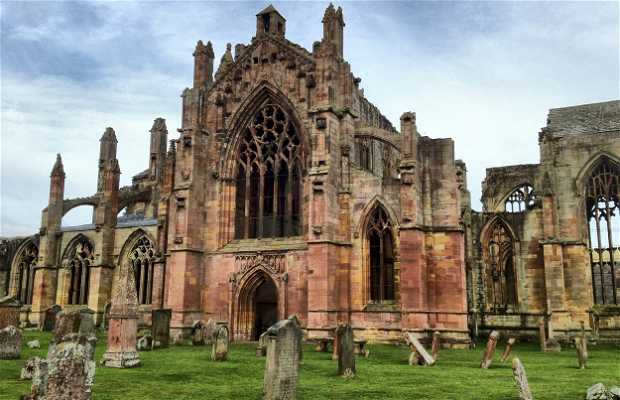 This Gothic abbey, founded by Cistercian monks in the twelfth century, in the Scottish Borders, has a reputation for being one of the best preserved ruins of a Scottish abbey. But to be honest, more could be done. What is certain is that the Abbey has one of the largest historic jewels of Scotland, in their lands is buried the embalmed heart of King Robert I or Robert the Bruce. He is a unique character in the history of Scottish independance. William Wallace never won Scottish Independence, just defeated the English in a battle. This can sometimes be confusing. After the death of Bruce, his heart was extracted and embalmed (his body rests in Dunfermline, the ancient capital of the kingdom) to be carried all the battles in which Scotland fought.