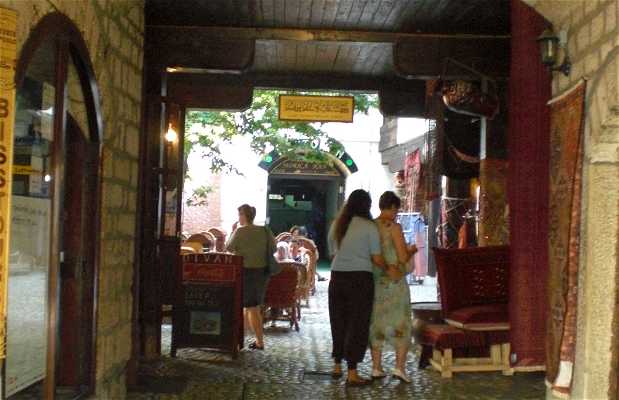 Morica Han Han is the latest center of Sarajevo. The hotel Han was a a place where the caravan traders coming from the east stopped. Morica Han was constructed at the end of the 16th century and is named after the Moric brothers who bought it in the 18th century, and were known as opponents of the regime. The Gazi Husrev Bey Waqf, a Muslim religious movement, bought it afterwards. It is the typical business hotel, which could accommodate 300 caravans and more than 70 horses. The cafe in the northern part of the courtyard is the oldest one to have coffee in the city, and you can see the men and politicians and city leaders passing by for centuries.