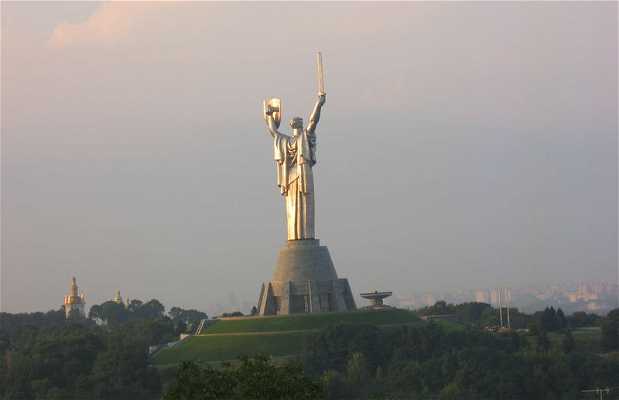 The statue of the Russian mother forms part of the Museum of the Great Patriotic War in Kiev.
Here is some Trivia:
1) It measures 62 meters tall
2) Its made of steel construction
3) the base measures 102 feet
4) It weighs 560 tons
5) She is holding sword in her right hand that is 16 feet long and weighs nine tons, while in the left hand has a shield with the emblem of the Soviet Union, which measures thirteen meters and weighs eight tons.
6) At dawn the sun illuminates her correnating the city

One of the most popular places in Kyiv.

Very beautiful view of the left bank of the Dnieper! There is a interesting historical museum. Near by there is museum of second World War with military aircraft and machinery.