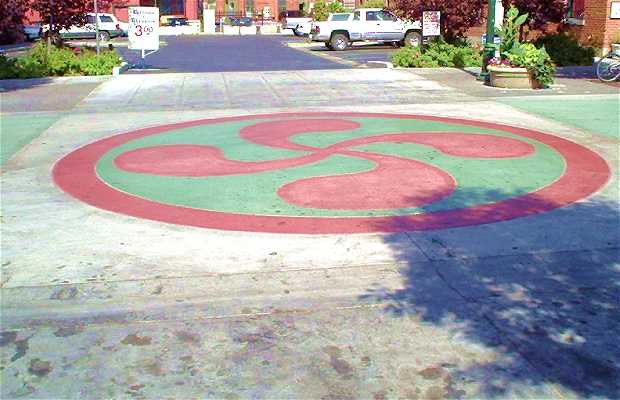 The BASQUE Museum and CULTURAL CENTER can be found in BOISE, Idaho, USA. The museum was created in 1985, on the site where the first Basque immigrant's house was ve came to this city. His name was Uberuaga Cyrus Jacobs, and he lived there for 40 years. This gentleman was a rich merchant in Boise had built his house in 1864. Ms. Adela Garro Simplot, also of Basque descent, bought the house in 1985, and once it was restored it became the operational BASQUE CULTURAL CENTER MUSEUM and BOISE. From the front of the building you can see on the pavement a great LAUBURU (Basque Cross four arms that was used on the handle of cane typical Basque).

Lists and places related to The Basque Museum & Cultural Center