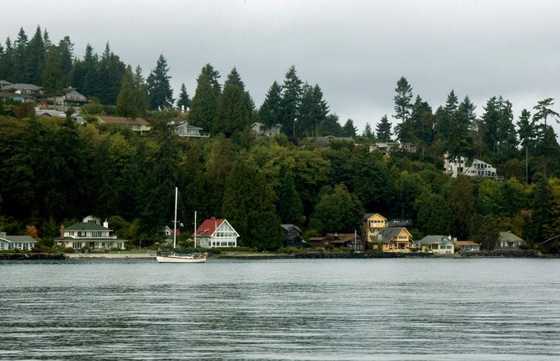 The Kitsap Peninsula, sometimes called the Indian Peninsula or the Great Peninsula is an arm of land in Washington state. The peninsula includes everything except Kitsap County Bainbridge and Blake Islands, the northeastern part of Mason County and Pierce County northwest. The highest point of the Kitsap Peninsula is Gold Mountain. The peninsula is connected to the eastern shore of Puget Sound by Ferries of Washington, which travel from Bremerton to Seattle, from Kingston to Edmonds and from Southworth to West Seattle.