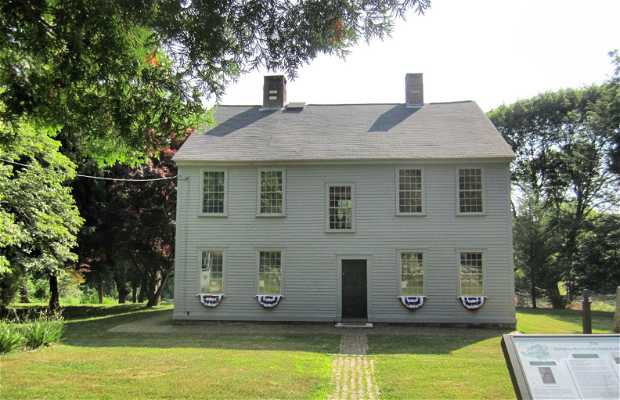 Of all the Revolutionary War heroes America produced, Rhode Island’s own Nathanael Greene has one of the most interesting and unexpected biographies. A Quaker who taught himself military strategy from books and walked with a limp, Greene went from mill manager and local militia leader to friend and trusted general of George Washington. With his wife Caty (who was known for her independent spirit and once danced with General Washington for three hours straight) he had five children. That was all before he died of sunstroke at the age of 43.

The General Nathanael Greene Homestead, located in an otherwise unremarkable residential neighborhood in Coventry, was built in 1770 and opened as a museum in 1924.