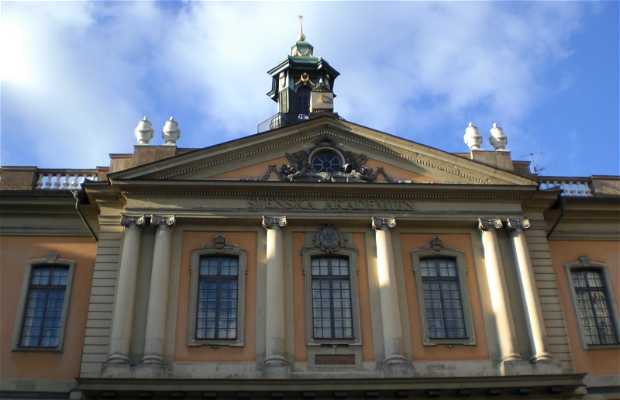 The Nobel Museum (Nobelmuseum in...

The Nobel Museum (Nobelmuseum in Swedish) is a museum all about the Nobel Prize and the people who have won it from 1901 to today, as well as the life of Alfred Nobel who, after his death, left the money to start the prize fund. Each year people are rewarded for their works in the fields of science, economics, literature, and peace. The museum is in the old building of the Stockholm Stock Exchange, Borshuset, on the north side of the small Stortorget Square, in the historic district of Gamla Stan. The museum preserves the memory of the winners, and has exhibitions, films and lectures on scientific subjects.