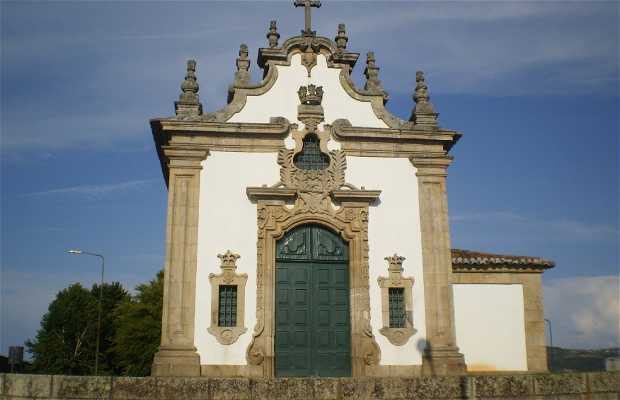 This chapel is on a hill in the medieval part of the city, opposite the main entrance to the Forte São Francisco. It's a small Baroque chapel with a single nave and a rectangular plan, commissioned in the eighteenth century by an abbot, whose coat appears on the main entrance. The facade is white with granite details, since its appearance is the result of renovation in 1987. Inside there's a white and gold neoclassical altarpiece.