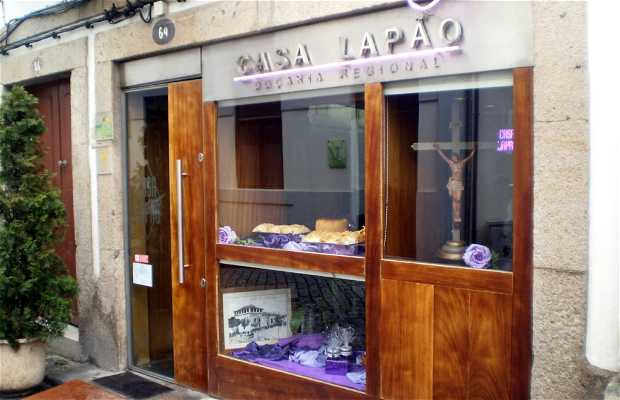 In the back of the Church of Mercy lies "Casa Lapão" a "conventual confectionery" which is one of the oldest in Portugal, and it also has a small cafe . The specialty its its monastic sweets such as "Santa Luzia whistles" consisting of figs and cinnamon, "cristas of Gaul", which are almond crescents, but they also have savory options such as the famous "meat balls " which is pie made with ham, bacon and sausage. They also sell honey from the mountains of Alvão. Open to customers every day from 9am to 19pm.