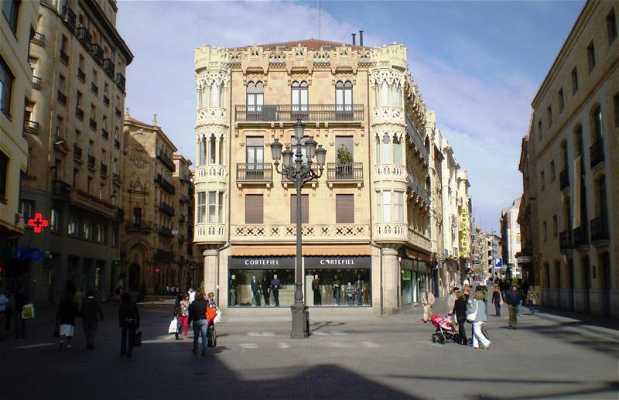 Salamanca can boast of many things, like the fact it houses the oldest university in Spain, created by Alfonso X in 1218 and without a doubt the most traditional of university buildings.

Within its walls are students of every ilk, locked in a constant rivalry with Alcalá de Henares. Teachers and visitors of great prestige, such as Friar Luis of León, Nebrija, San Juan de la Cruz, Cervantes, Gonzalo Torrente Ballester and Miguel de Unamuno who was rector of the University.

The university library is wonderful, with 483 incunabula, 2,774 manuscripts and 62,000 pamphlets printed before the nineteenth century. Anecdotally one must say that the spheres and terrestrial globes from the library had to be counted as "round books" to get the O.K for purchase from the accountants. Alfonso X appointed the first librarian in 1254, and the modern library contains one million copies. In addition to its glorious university history, and its current strength as a favourite spot for many foreign students to learn Spanish (I certainly would not recommend "Madrid" and much less "Barcelona"), Salamanca is also a Jacobean city of great importance, as for quite some time it was ascribed to the archbishopric of Santiago and is located right on the Via de la Plata (Silver Way), for the "traveller from the road to the South, traveller of light, of reflection, united in the way of the spirit, pilgrim in the Jacobean universe " .

Salamanca is a unique city and its historic centre is a must for lovers of cultural tourism.

The campus of universal reference has an urban area, which allows you to expand your knowledge of history and art, simply strolling through its old streets.

You will also find a university atmosphere, bars, restaurants, accommodation of all types and endless possibilities.