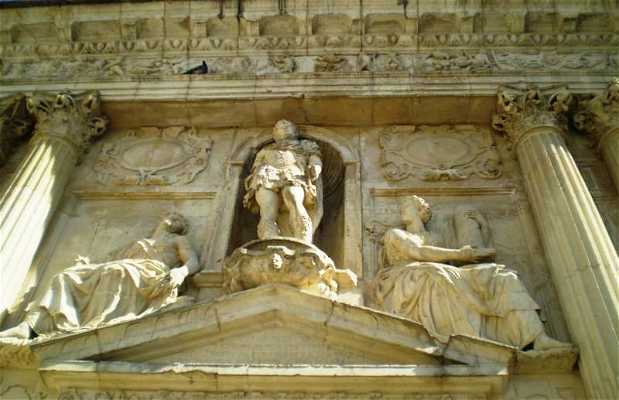 One of the masterpieces of Andalusian style

During Reconquista just its captains settled in Andalusia, near Ferdinand and Isabella's court, in Granada. Jerez was full of affluent nobles, peace and commercial power. A group of Jews moved from south Portugal with a promise of not to paying any tax for trading work, they installed themselves Jerez on calle Francos, which takes its name from being a free zone checkpoint. In the sixteenth century a thriving bourgeoisie was born and the city was full of great buildings, some palaces and houses of the new aristocracy and other public functions. Among these is the council that was aesthetically the prevailing fashion, classicism style based on ancient forms and a reinterpretation of mythical figures, such as allegories of virtues.

+9
Like
Adriana Quiñonez
Excellent
See original
Like
Have you been here?
Add your opinion and photos and help other travelers discover