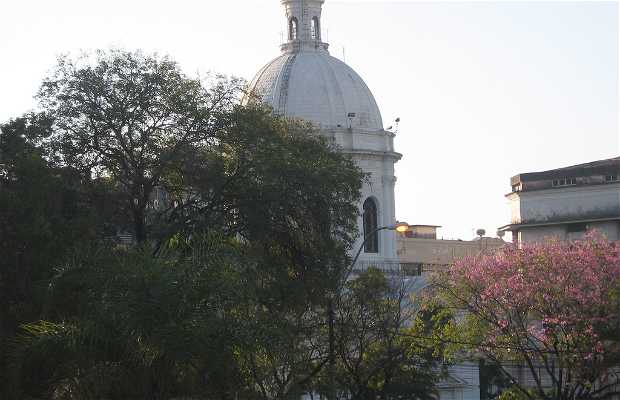 A picture that won the contest

This was a summer evening, and I was looking for a place to represent my city to capture it in a picture, and there was growth in October or November, and by that time I was participating in a local photography contest, and I took a photo on a grotto of the Virgin of Guadalupe that is in the Autonomous University of Asunción, where I studied, and this photo, taken at the square of democracy, against Guarani hotel, which is one of the Historic Hotels of Assumption. In the end, the other won, proving that I had chosen well, and I think it's fair to drag into light, that the afternoon the sun had set and the first lights of the city were turning from the square to the National Pantheon of Heroes and Oratory of Our Lady of the Assumption.