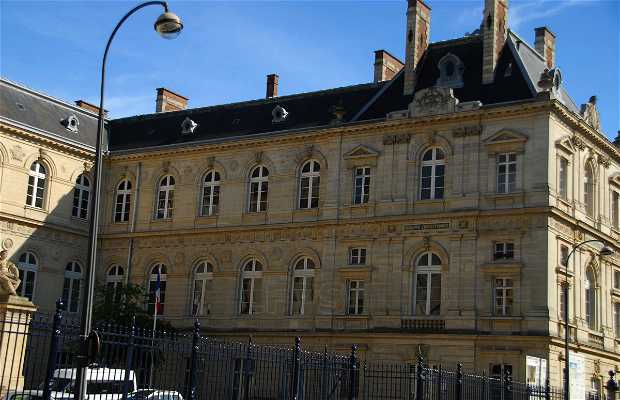 A nice,typical nineteenth-century French building, to be precise built in 1866. It consists of two wings and one front that connects the two. The architects were Juan Herbault and Natalis Daulle, with the sculptors Edmond Leveque and Samson. The front at whose door is reached by a beautiful staircase leads to an hexastyle Corinthian portico with pilasters of the same style. The fontón represents the order of justice,between the columns we see the statues of Cicero and Demosthenes and at the end Law and the Force on the steps.