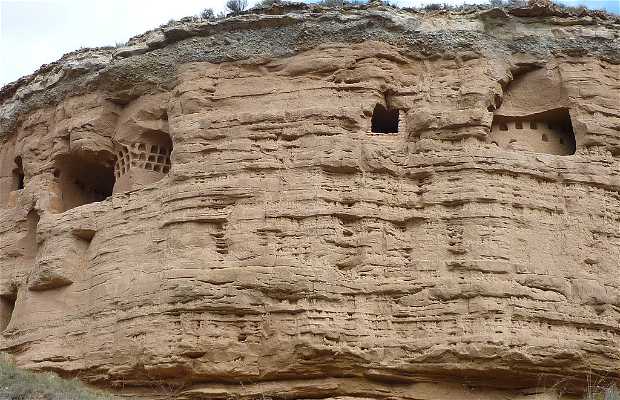 Without a doubt, Palomares de Nalda is one of those monuments that have a great impact on the visitor since its unique in the world and very specific to La Rioja.

The Palomares de Nalda was one of the excursions I did during my last trip to La Rioja. It's difficult to find because it's not well signaled. When we started to see it from afar, we were a bit fearful because we had read that the holes you find there were used for funeral purposes and as we approached the sun was setting down. The area was far from Nalda, without any locals walking around.

When we finally arrived at the foot of the mountain, it was not easy to climb up in order to enter the caves of the rock. With some effort we got closer, until we saw there were braced areas of the cave, since it's a monument that is not well taken care of, but still I saw it as a real jewel.

Lists and places related to Palomares

Links to Palomares
Hotels near Palomares Caves in Nalda
See something odd?