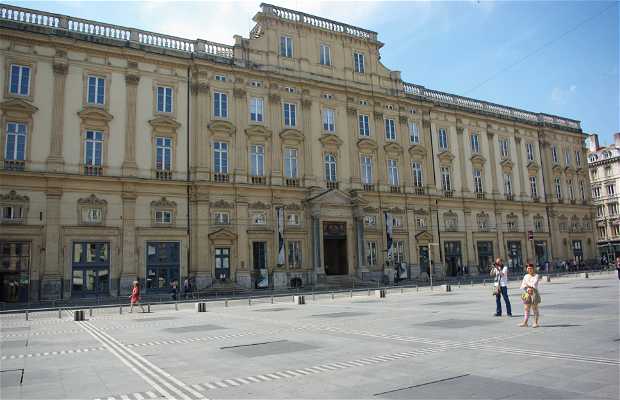 For many people this is the most beautiful square in the city. It is located in central Lyon, in the most central first district. It is a closed square, rectangular in shape, with the town hall on one side, a fine arts palace which is now a museum and a shopping arcade on the west side. In days gone by there was a wall that protected the city and a tower that allowed monitoring the area, particularly the bridge du Change, the only way across the river into the heart of Lyon. The square is considered a historical monument and has also been named a UNESCO world heritage site together with the rest of the old district of Lyon.