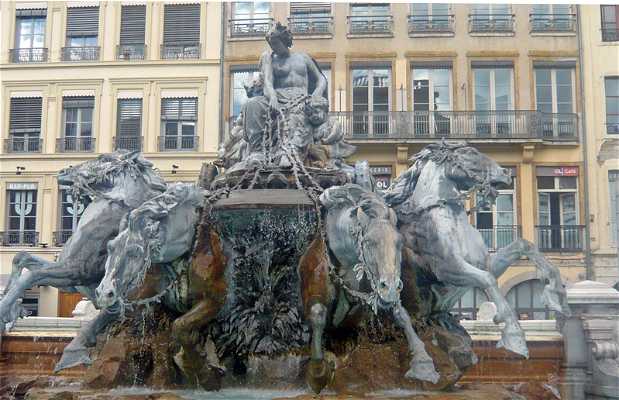 The Terreaux square is the central plaza of the medieval part of Lyon. In the center you can see a beautiful fountain, built by Bartholdi. Bartholdi created it in 1889 when the city decided it needed renovations. He had just finished creating the now famous Statue of Liberty, in two sizes, the largest, which the French gave the United States and that is at the entrance of New York's port, and a smaller one that is on an island in the river Seine in Paris. The fountain, which was commissioned by the city council, was the start a work for the city of Bordeaux, but ended up being too expensive for them, so Lyon bought it instead.