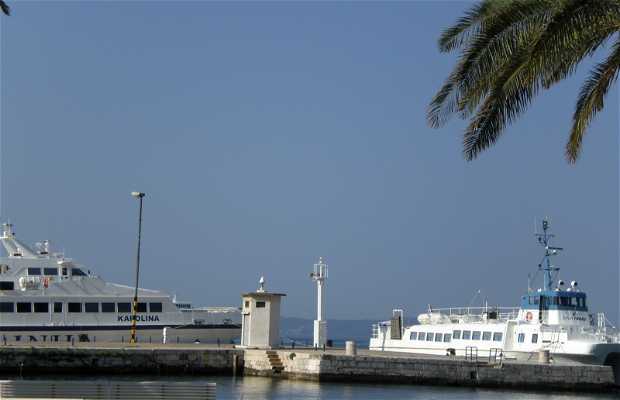 7 photos of Port of Split

6 reviews of Port of Split

Ferries to the nearby islands

Historically, the port of Split was nothing more than a dock and a pier for the boats passing by. But trade gradually grew and, as Split expanded, it became one of the main ports of the Mediterranean in the seventeenth century. However, between wars with Candia in 1645 and Morea in 1685, and the endless struggles between the Venetians and Turks for control of the city, its glory didn't last forever. Today it is a major port with daily ferries heading to the nearby islands. It only costs 2-3 euros to take the ferry on foot, but it can get more expensive if you bring a car.

Beautiful location and a great time on the water

As a saying says: "Better to see something once than hear about it a thousand times". I have never been to Split before, so I discovered a hidden treasure when we spent a whole week there. The whole milieu is something that I was looking for ages. The combination of beautiful beaches with historical attractions is mesmerizing. The majestic Diocletian's Palace is something I will never forget, the whole city has this great historical vibe. After a nice walk and many photos taken, we rented a perfect catamaran from Sailo, and explored Hvar, took a tour around Brac and had an amazing sunset meal aboard.

Lists and places related to Port of Split

Information about Port of Split