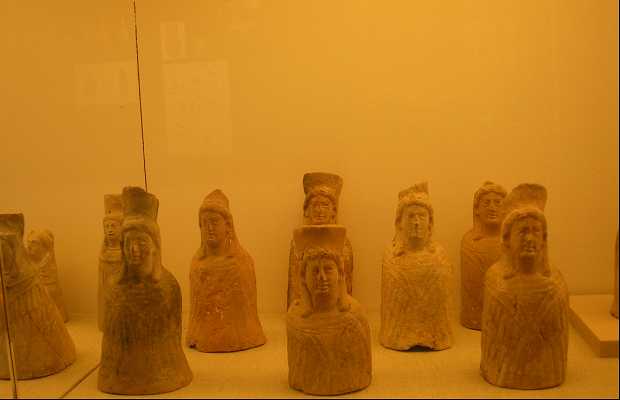 An official heritage site since 1931, the Puig des Molins is the biggest, best-preserved Phoenician necropolis, dating back to the seventh century BC. It also contains remains from Roman times, with over 2,000 tombs, although only 300 can be visited. The state of conservation is very good; over time, olives were grown in the necropolis, so the archaeological site was mostly left alone. There's also a museum with figures of the goddess Tanit, amulets, pendants, and all kinds of ceramic pieces. I got there late in the day, so I couldn't see the most impressive part, but I looked online later and saw some pretty incredible photos.