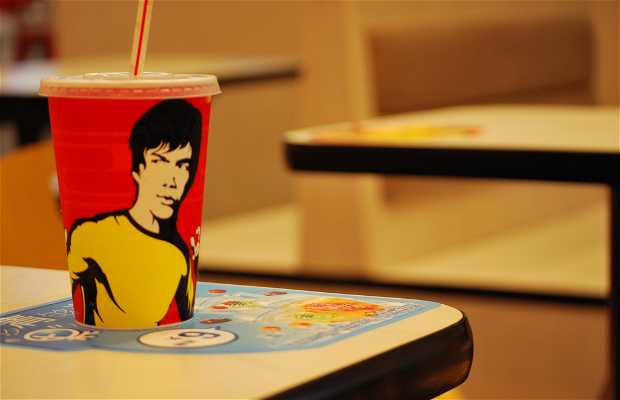 This Chinese fast food restaurant called 真 功夫 (literally translated as "Real Kung Fu"), although in the English version it has been translated as dry Kung Fu. It operates as a franchise and reminds us a lot of "Burger King" or "McDonald's", but with a completely different type of food. The menus are pretty varied, but they usually consist of a Chinese dish, soup, some steamed vegetables and a drink. It is cheap, although the taste of the food isn´t anything to shout about, it could be a good option for the less daring or be a nice "rest" for those that are more experimental. The symbol of this