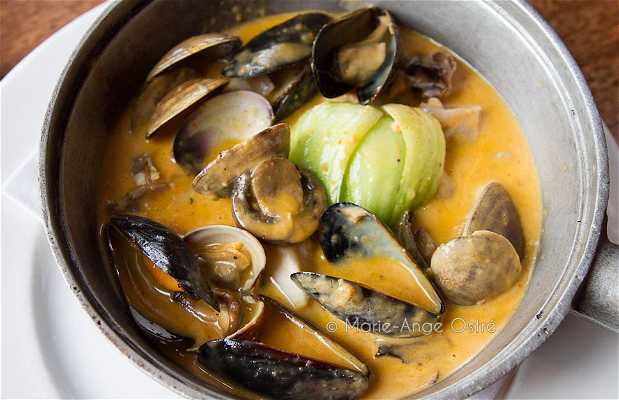 7 photos of The Sandbar Seafood Restaurant

1 review of The Sandbar Seafood Restaurant

A fish restaurant on Granville Island

Sandbar is a restaurant which is being housed in a nearby hotel. It was recommended by a resident of Vancouver because of its fish and seafood. I went to SandBar to eat dinner, we wanted a table for 20:00, the only option available was at 17:45 the next day. But in Canada we had dinner early, so there is no problem at the available time. Sandbar is located on Granville Island which is an Island south of downtown Vancouver. Granville Island was an industrial area in the past, and is a port now, which has been renovated to turn it into a tourist site.

It is where you can find some restaurants, but also many craft stores, in addition to some galleries, and a large market for local producers, which opens every day. When you go to SandBar, ask for a table by the window to enjoy the view of the comings and goings in False Creek, at the foot of the buildings under the Granville Bridge. After climbing a flight of stairs, you can enter a large room with dark wood, which is strong enough for the public on Friday night. The reception was nice, and the service was very fast. On the map the menu specifies the different types of salmon offered, and people seem to favour "sockeye" with orange flesh, which is very strong, and has a good taste.

Lists and places related to The Sandbar Seafood Restaurant

Information about The Sandbar Seafood Restaurant