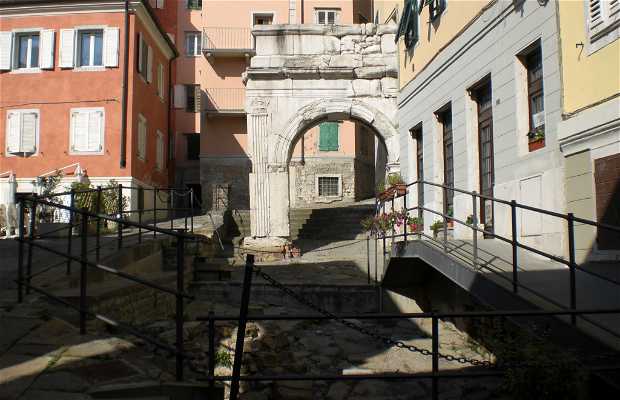 7 photos of Arch of Riccardo

6 reviews of Arch of Riccardo

The Arch of Riccardo is in the Piazza del Barbacan in the oldest area of Trieste, only a few steps from the Roman Theatre. This arch was built by Emperor Augustus as an entrance to the city in 33 BC. It's quite narrow, so it's hard to imagine that this was once one of the main gates of the city where the Roman army marched. Now the arch has been integrated into the building next door. It was common practice in the Baroque and Renaissance periods that, when materials were needed to build something, people would just go and ransack the nearest Roman ruins. The area around the arch has since been

Lists and places related to Arch of Riccardo

Information about Arch of Riccardo