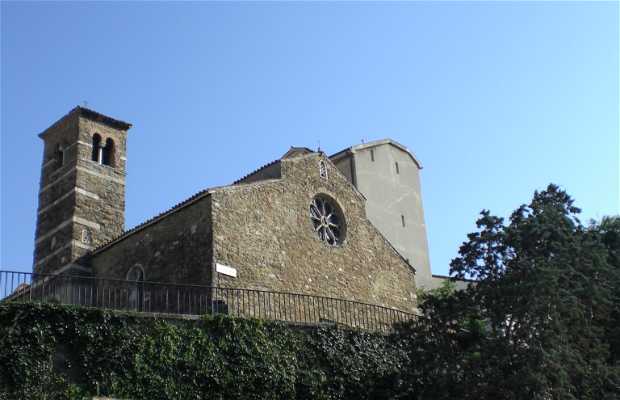 The Basilica of San Silvestro is situated in San Giusto, five minutes from the piazza dell'Unita d'Italia, and is the oldest church in the city. The first stones it is made of are from the early Christian era, when it was just a small Romanesque building. The most recent renovations added Gothic windows next to the bell tower. The church is next to the great basilica of Santa Maria Maggiore, and with the growth of the city, became the main service center for the community. The building is made of porous stone of the region, and has a rectangular shape. The interior is divided into two parts with