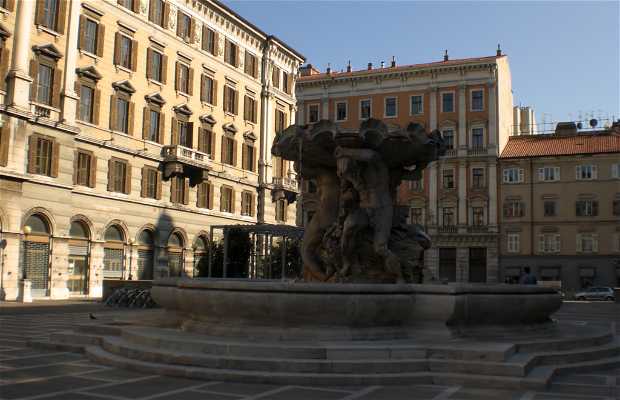 One of the largest squares

The Piazza Vittorio Veneto is one of the largest squares in the center of Trieste. The old XIX and XX century buildings give the impression that it was part of a later extension of the city, which didn't exist when the old Roman Trieste was surrounded by defensive walls. There is a fountain in the middle that looks like the Roman Fountain of the Four Rivers in Piazza Navona. The main post office and several of the city's government buildings are located here. Vittorio Veneto is a city located in the province of Treviso, in the Veneto region, not far from Trieste. It has 3000 inhabitants, but deserves