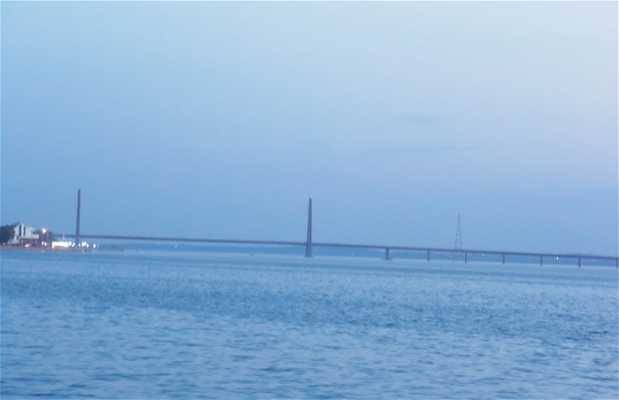 Uniting two countries at the shores of the Parana River

This bridge opened in the year 1990 bringing even closer 2 cities in 2 countries by the Rio Paraná: Posadas (Argentina) and Encarnación (Paraguay) and was planned by the Binational Entity Yaciretá Hydroelectric Dam. It Proudly has the name of Roque Gonzalez de Santa Cruz, a Jesuit missionary saint born in Asuncion, Paraguay in the year 1576, ve devoted his life to founding Jesuit missions in both countries and was killed with a stone ax in the year 1628. He was beatified in the year 1934 and declared a Saint by Pope John Paul II in the year 1988. Work on the bridge began in the year 1980. It's