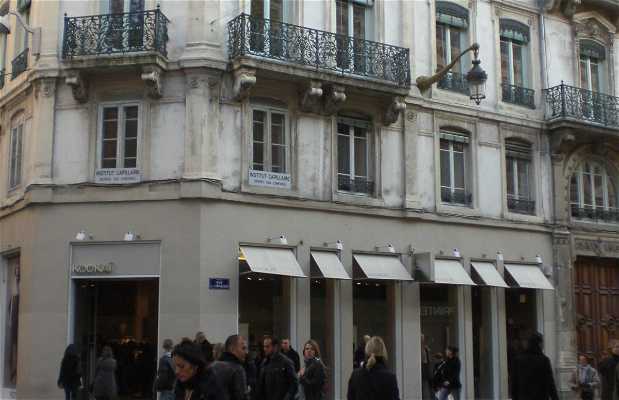 A mandatory stopping place if you do not know the city! The rue de la République is a great street style "Hausmannien". This term refers to the count of Hausmann, who, during the nineteenth century, sent to renew a part of Paris with wide, straight streets, instead of the medieval streets. Other French cities such as Lille, Lyon or Marseille then imitated the style. The Republic street is full of shops, stores, but is also one of the liveliest in Lyon. It measures a little over a mile, and stretches from the Bellecour Place, the largest pedestrian square in Europe. The street is also pedestrian.