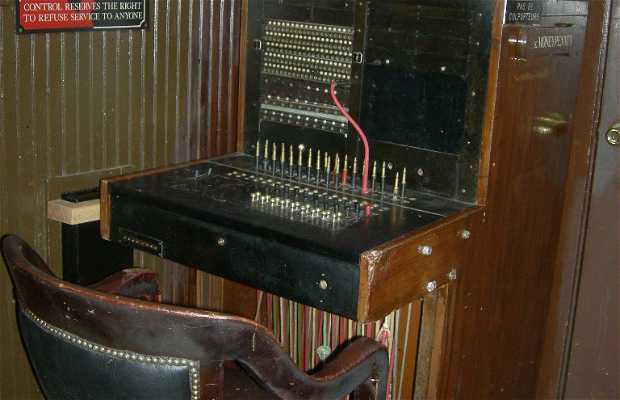 When traveling to Milwaukee we really wanted to see this restaurant for several reasons. First, it is a themed restaurant dedicated to the world of espionage. Second, because of one of its peculiarities that is advertised, it is hidden in a typical American city alley, behind a door with the sign anonymously says: International Exports Ltd. Even so, we had to make several turns until we got to the door ... After opening the door you find yourself in a small room in which there is the typical English library furniture. And nothing more. Based on search, find a lever that if you pull the slide makes it one of the panels of the library, like in the movies. Then at the end of a long, dark passage (my son became frightened) you finally find the restaurant.