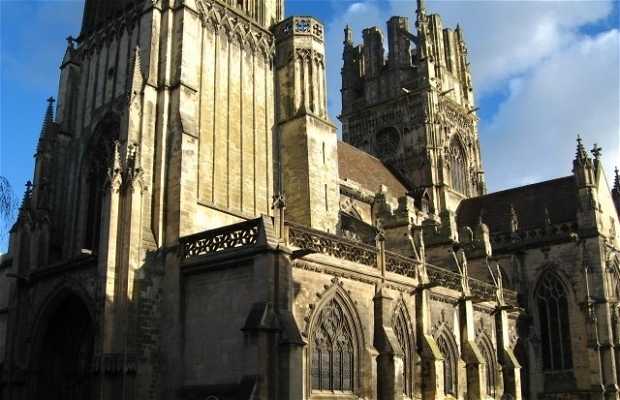 The church of Saint Peter has been a place of prayer in the city since the 11th Century, which is also the date that the castle was built, situated on a hill overlooking the city. Today, the oldest remains of the church date back to the 13th Century. Expansion work took place during the 16th Century, but the place has managed to retain a certain architectural harmony. The 14th Century façade features a giant pink stained glass window, and the bell tower, which was destroyed during bombing in the Second World War, was rebuilt in the same style that it previously had. The rest features a flamboyant style.

This best-known cathedral is situated in the old town of Caen, in the city centre. Its found in a quiet, historical are, but the most interesting thing is that it's now being restored. You can make out a white and black facade. This contrast interested me enough. I also enjoyed the huge rose window, which is best viewed from the lawn of the castle.