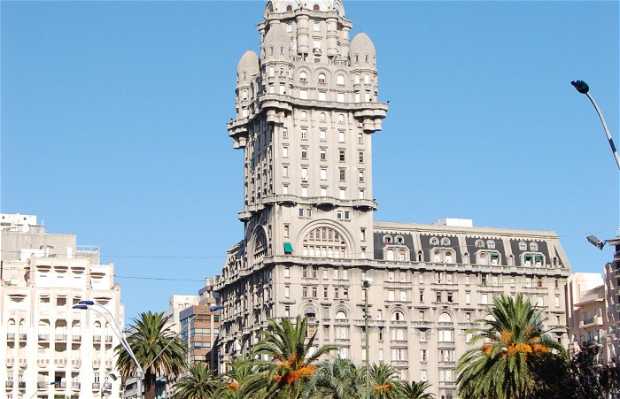 This is one of the most recognizable buildings in the city of Montevideo. Only a glance at it and it will grab your attention. Its got a very distinctive, and somewhat strange, style which is what makes it different. Perhaps it was the subject of much criticism from 20th century architecture reviewers. It's like a mixture of architectural styles, very well done by the way, in a single piece. Something very unusual and daring, but ultimately a great success. It opened in around 1925 and, at the time, it was the tallest building in South America thanks to its 27 floors and total of 95 meters. It is located on Avenida 18 de julio, right on Plaza de la Independencia, next to the entrance to the old citadel.