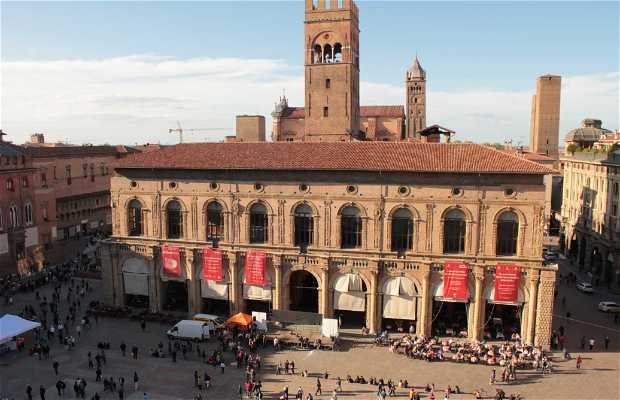 The construction of this basilica, dedicated to San Petronio (the patron of Bologna), began in 1392. It was originally planned to be larger than St Peter's in Rome, but a papal ban meant that the facade was never completed. The exterior offers a good example of Gothic architecture, and the interior is richly decorated with a central room at the back where you can see the original plans by the architect Palladio.

Old architecture in the capital of Emilia-Romagna