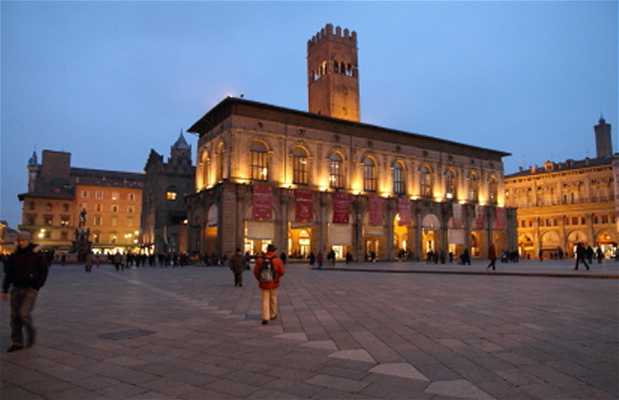 The Podestà used to be the highest civil office for the government of the northern and central cities of medieval Italy. There are many palaces in these areas called "Palace of the Podestà". This one in Bologna was built around 1200, at the same time as Plaza Mayor to carry out public functions and as the headquarters for the Podesta and its officials. The current view of the palace is very different from the original one because of the later construction of King Enzo's Palace. It's a large building crossed by two streets which pass under the Podestà Voltone, under which stands the Tower dell'Arengo.