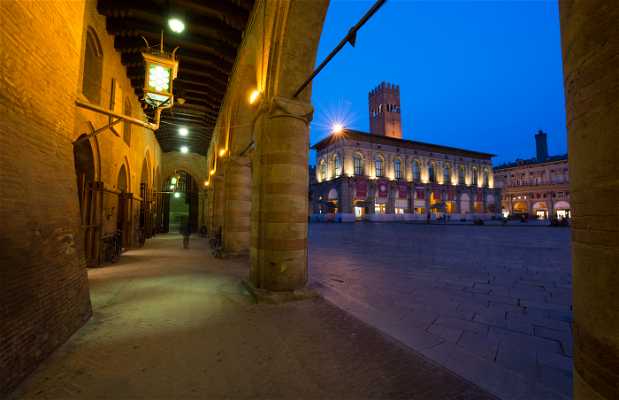 The heart of Bologna

The Piazza Maggiore is the heart of Bologna, the heart of the city, and has the important buildings of the city, including the Palace of the Podesta (XIII century), Town Hall, rebuilt in the late fifteenth century, on the east side, the Palace of the Banks, built in the XVI century due to Vignola, next to the church, the Palace of the notaries (XIV-XV centuries), and on the west side there is the Palazzo Comunale (XIII-XV) , San Petronio and the Neptune Fountain Square. Although I visited on a Wednesday during the night, it was as if it were a Saturday! Really full of people!

Downtown of Bologna in the Emilia-Romagna region of Italy