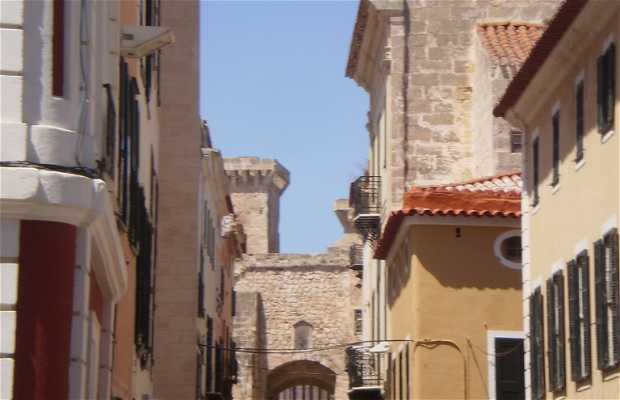 If you go down Costa de Ca Placa and arrive at the Plaza de la Constitución, you’ll find the city’s commercial center and, at the end of one of the small streets, the Portal de San Roc: the only remaining vestige of the old wall from which the paths to the central villages of Sant Climent and Ciutadella started.

The construction of this stone and mortar wall probably dates to the 14th century. The gateway (“portal,” in Spanish) is in the Gothic style and has been reformed many times during its turbulent history. The most important repairs took place after an Ottoman assault on the city of Mahón in the year 1535.

Like
Magda Orfila
Great
See original
Like
Have you been here?
Add your opinion and photos and help other travelers discover