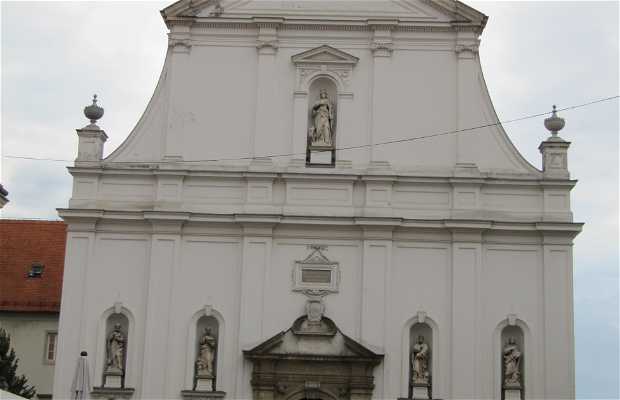 This baroque church was built by the Jesuits in the first half of the seventeen century (between 1620 and 1632). There are six side chapels and a sanctuary with a low altar in front of an illusionistic composition representing St. Catherine and Alejandra, painted by the Slovenian painter Andrej Kristov Jelovek). In the chapels you can see five Baroque altars from the second half of the seventeenth century, and one from 1729, made from marble. The facade of the church was rebuilt after the 1880 earthquake. It is located in the upper city, around the corner from the Church of San Marcos, in the district of Gradec.