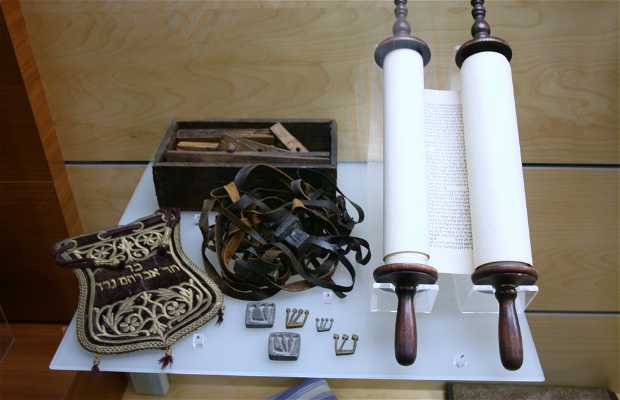 All Types of Collections

As a result of the expulsion of the Jews in 1492, the beautiful synagogue of Samuel Levy passed to Christian hands. Luckily, they respected the inscriptions that today form one of the most beautiful buildings of the Middle Ages, containing important facts that place, within its context, this historical monument.

According to the inscriptions found, it was inaugurated in 1357 (5117 Jewish year). To go inside was a surprise, not only because of the beauty but also because of the children’s show taking place in the main nave, where someone was telling stories to the children and making them participate in the games that had to do with the three monotheist religions: Christian, Jewish and Muslim.

The Sephardic Museum occupies the place of the Convent of the Caballeros de Calatrava, annexed to the synagogue called “El Tránsito” (the transit).

It was commissioned in 1357 by Samuel-ha-Levi Abulafia (minister in the court of King Peter of Castile) and it is a beautiful example of Toledo’s mudejar style.

Inside you can see an enormous prayer room that has a perfect fusion of decorative elements of the three cultures: Hebrew and Muslim epigraphic friezes coexist with typically Muslim geometric filigrees and with floral and heraldic motifs of the gothic era.

The museum has five rooms that show historic, religious and costumbrist aspects of the Jewish past in Spain and of the Sephardim.

A small museum in front of the synagogue of Toledo...it is one of the hidden jewels of the city.

Almost no one notices it, so you can visit it without the usual stress that accompanies the tourism in Toledo. Besides its great collection dedicated to the Hebrew-Christian world, it is worth making a stop in its shop. You can buy there Sephardic music, posters, manuscripts and books.

It is a corner that the history and ancient world lovers will really enjoy.