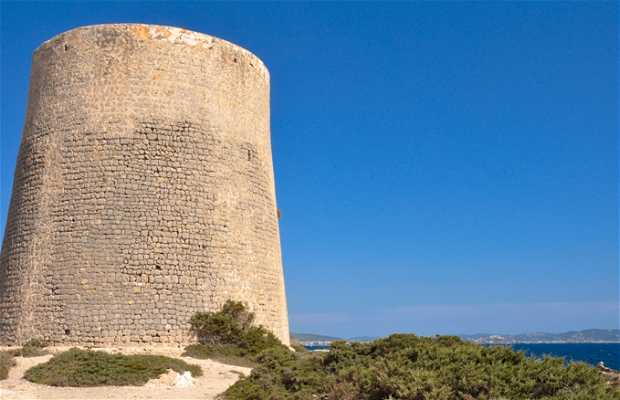 A tower with a view

It is located in the municipality of San José in the Natural Park of Ses Salines, between the beaches of Cavallet and Ses Salines in the south of the island of Ibiza. This is a two-story conical defensive building, constructed in the sixteenth century. It is made of limestone, and its exterior is quite smooth, with no details except for four small windows for ventilation. It was used as a watchtower to defend against pirate attacks, and you can enjoy magnificent views of the islands of Ibiza and Formentera.