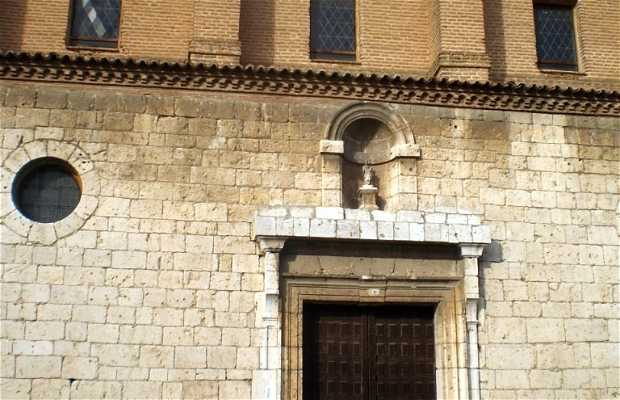 the largest and most important church to be found in Tordesillas

This is the largest and most important church to be found in Tordesillas, and it has been declared to be a monument of Cultural Interest. It was built in the 16th Century out of stone, but was renovated in the 17th Century in the Herrera classical style, inspired by the monastery of El Escorial, Madrid. It has a single nave with four bays with chapels in between the buttresses. On the exterior, the most notable thing is its solid stone tower, which has a Gothic style, formed by three bodies (it is the highest in the village), and topped with a spire, which houses the town clock. In its interior, there are furnishings of the sacristy, the Baroque choir stalls, organ Baroque altarpiece and the image of the Assumption of Alonso de Rozas.

+10
Like
A.Y.R.f
Excellent
See original
Like
Have you been here?
Add your opinion and photos and help other travelers discover