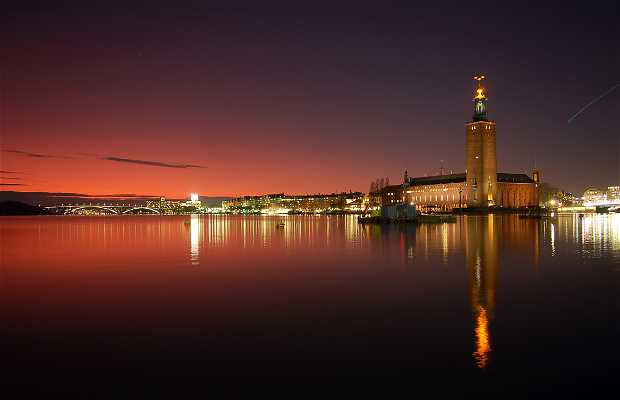 During our short one-day stay in Stockholm, we thought one of the must-see sights was the City Hall.
Situated on the banks of one of the city's channels. It looks more like a church than an official government building. The guided tour in Spanish tends to take place one or two times a day and the price is around 6 euros and lasts about 50 minutes.
As for the inside the great hall called Blue Room or Bla Hallen really stands out. It's the place where the Nobel Prize banquets are held, the Plenary Room and the Golden Room or Gyllene Salen, decorated with golden mosaics.
The exterior,