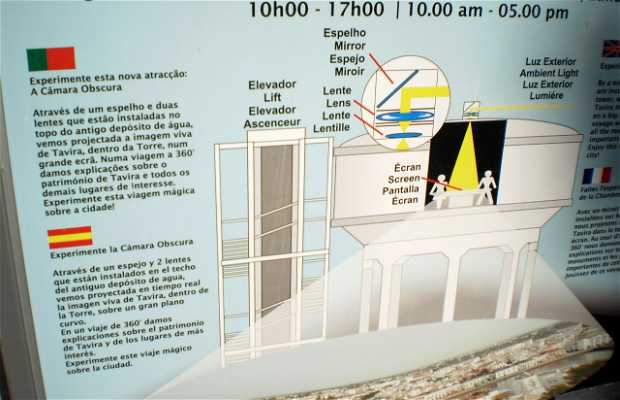 This tower was an old water tank of Alto de Santa María, built in June 1931, and which had been abandoned. It was adapted and turned into a tourist spot upon the installation of a camera obscura in 2004. This camera has a very simple principle, consisting of an optical mirror and two fixed magnification lenses, placed at the end of a tube located in a cavity at the top and outside of the tank, just like a periscope. This set-up captures vivid images and sends them into the Tower. It's a journey done in total darkness on a parabolic plane two meters in diameter and reflects, in real-time, everything that happens outside the old water tank.

Links to Torre Tavira
Hotels near Torre Tavira Of Touristic Interest in Tavira
See something odd?