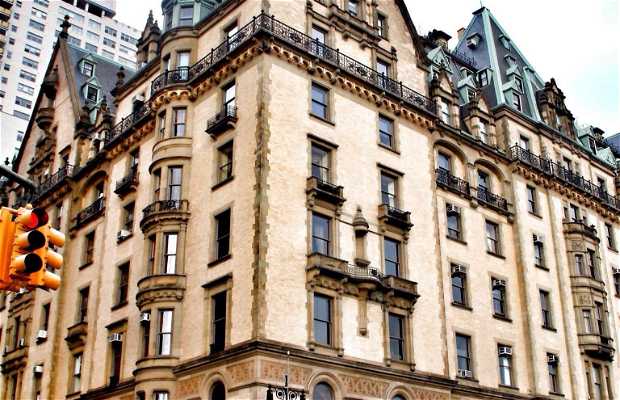 24 photos of The Dakota

3 reviews of The Dakota

Perhaps many remember the Dakota building by the episode of December 8, 1980, where opposite the main entrance, former Beatle John Lennon was murdered. Its history is long and dotted with other occurrences. After more than a century (it was completed in 1884 when the city center was still far away), the building carries a long list of strange facts and since its inception it was often linked to satanic cults and concentration of evil forces. One of the famous people of the Dakota was actor Boris Karloff, horror icon of the early 20th century. It is said that he was participating in spiritualism evenings which were held in the building.

Lists and places related to The Dakota

Information about The Dakota

Links to The Dakota
Hotels near The Dakota Historical Monuments in New York
See something odd?