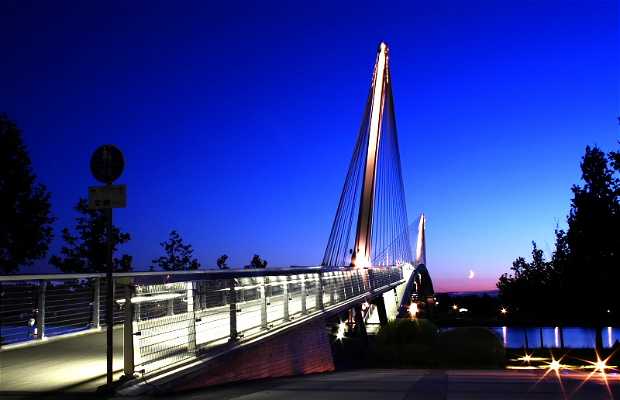 A symbol of reconciliation

The Mimram bridge, built in 2004, between Strasbourg (France) and Kehl (Germany) is the symbol of reconciliation between the two peoples, after a long and tumultuous history. It's also a symbol of a Europe without borders, characterised by "unity in diversity". It is a bridge for both pedestrians and cyclists, part of the "garden of the two banks" park that covers both sides of the Rhine.