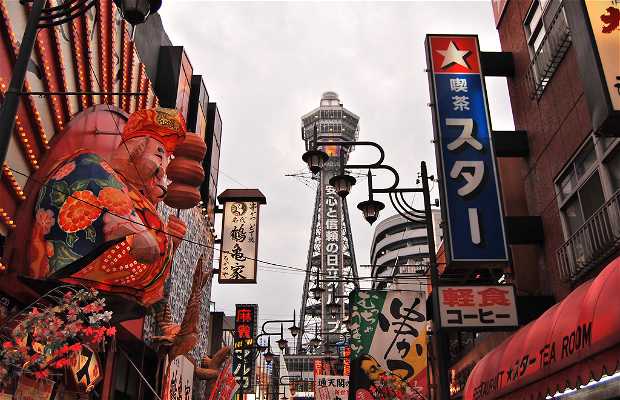 The Tsutenkaku is one of the symbols of the Japanese city of Osaka. Its name means something like "the tower that touches the sky" because though its 103 meters does not draw a lot of attention today compared with other places in Japan, like the Tokyo Tower, when it was built in 1912, it was fairly popular nationwide and many people came to its observation deck at a little over 90 metres. When erected, it was part of an amusement park and was connected by a kind of cable car that ran to the observation deck. When the amusement park closed it was decided that the tower would remain as an observatory for the city.

Lists and places related to Tsutenkaku

Links to Tsutenkaku
Hotels near Tsutenkaku Of Cultural Interest in Osaka
See something odd?