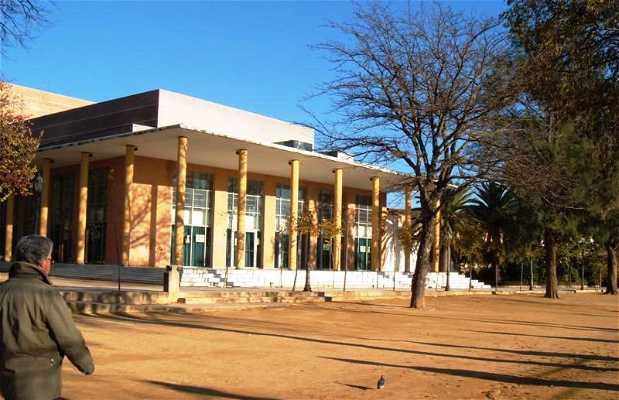 Has some flamenco recitals

In Ronda there used to be a modernist style theater designed by Santiago Sanguinetti. It was next to the bullring, in an open space that is now used for parking. It jarred with Victorian surroundings, as modernism and romanticism do not fit, but it was popular and Ronda protested when, in the 70's, it was pulled down, we don't know why. In 1994 a new theater opened in the back of the Alameda del Tajo with the same name - it is owned by the city. If the modernist (but charming) clashed then this is an example of what is not a theater. Outwardly it almost looks like an office. The steps and columns seem to want to be classic but haven't succeeded.