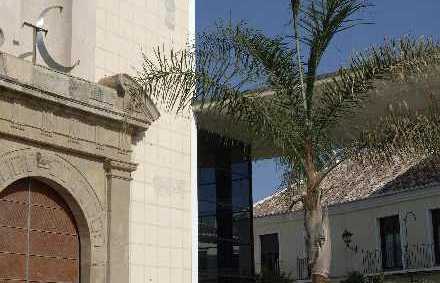 After touring the city center in the heat, we left the square of the Carmelites and headed to the top of Velez Malaga to see the old neighborhood and up a hill with beautiful mansions on the sides where, on the left, we found the Teatro del Carmen. The Teatro del Carmen is located in the Plaza del Carmen. It was originally the Monastery of San José de la Soledad, which retains its cloister and the church. On one side is a kind of glass building, and although the facade retains some of the aesthetics of yesteryear, inside it mainly consists of eighteenth century murals. The theater is used for exhibitions,

+3
Like
elvira ranea
Excellent
See original
Like
Have you been here?
Add your opinion and photos and help other travelers discover