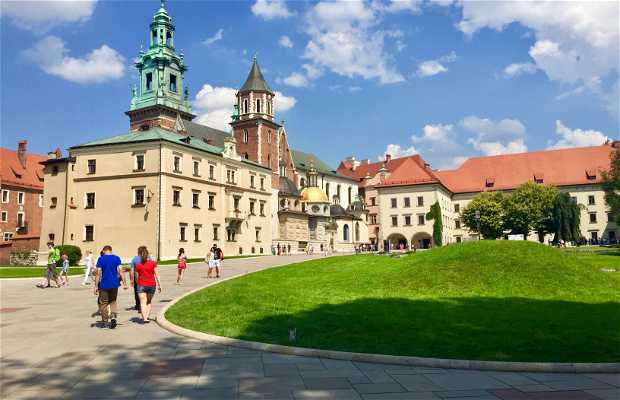 Wawel is the name of a hill on the left side of the Vistula River in Krakow, Poland. According to Wikipedia, it has an altitude of 228 meters above sea level and has great symbolic meaning for Poles. Indeed, Lech Kaczynski, the late president of Poland, rests in Wawel Castle, surrounded by kings, heroes and prominent personalities. Within its walls, has been written the history of Poland, from the coronation of kings to important decisions that have determined the successive stages of development. The original castle dates from the fifteenth century but has suffered various vicissitudes, fire and several reconstructions.

This impressive castle over 1000 years old, but I was told that was reconstructed 300 years later after being trimmers for a fire, is the less "scary". It is one of those castles that filmmakers use to influence one to make scary movies. Good thing I saw daylight and the sun shone, surely it could have been seen through the gray sky and raining would have been different. The truth is that we do not go as we arrived too late, almost at 4 pm and it takes more than noon to visit fairly well. The video shows the delicacy in construction ingrained in this country, and it draws attention to by those

Symbol of the city