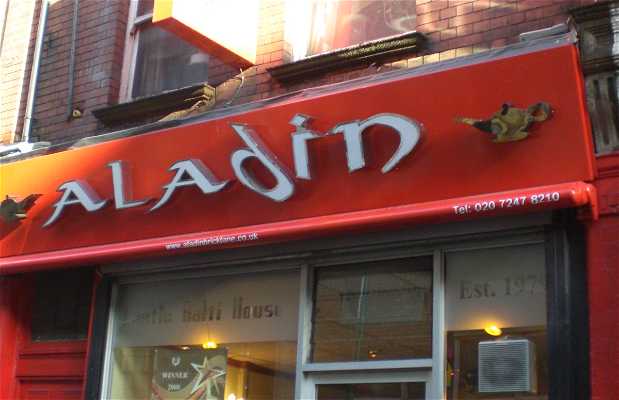 Ideal at the weekend

At 132 Brick Lane, Aladin is one of the most popular curry restaurants in the street. Brick Lane is in East London and is a street full of restaurants (Indian, Pakistani and Bengali) all competing with each other as to who has the best food, but for years Aladin has been superior to most of them. Called the "curry mile" because there are so many restaurants! The restaurant is open from noon to midnight, but generally before 3 or 4 in the afternoon there aren't many people and you can take advantage of better deals, because the waiters for each restaurant are trying to attract a few customers and usually offer an appetizer/dessert on the house.