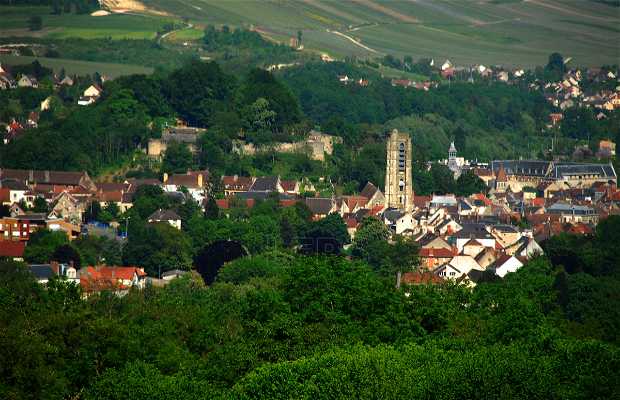 While visiting the medieval castle of Château-Thierry, I realized that the view of a building on a hill in the distance was quite striking. After finishing our visit to the city, we decided to go and have a look at the building, which is approximately two miles away but pretty well marked and easy to find. It was the North American monument, erected to commemorate the soldiers killed during the fighting in the area in July 1918. During this time, the area also took delivery of the Cross of the Legion of Honor. The monument was designed under the supervision of French-American architect Paul P. Cret and consists of a double colonnade and also has a large terrace overlooking the town and the valley of the river Marne.